During recent decades Antarctic Peninsula glaciers have undergone widespread and heavy retreat coinciding with a major increase in regional air temperature. However, this is not the only driving factor: oceanic processes also play main role. In the article (Nature Comm) the authors report on the impact of oceanic forcing on different time scales: on the one hand major advance of calving glacier fronts due to changes in ocean circulation in recent years, on the other hand short-term flow acceleration triggered by transient off-shore wind events.

After break-up of the buttressing ice shelves Larsen A in 1995 and Larsen B in 2002 on the east coast of the Antarctic Peninsula, the glaciers draining into the ice shelves became tidewater calving glaciers. The glaciers accelerated, causing major increase of ice export due to calving, frontal retreat and glacier thinning. This behaviour changed in 2012 due to a change in the regional ocean circulation pattern, causing the sea ice cover in many pro-glacial fjords and bays to persist all year round. This led to gradual decrease of glacier flow velocities, suppressing the calving of icebergs and facilitating seaward advance of glacier fronts. For example, the front of Hektoria Glacier advanced by 12 km between 2011 and 2016 (Figure). In spite of this advance the glacier thinning on grounded ice continued. The floating section of the terminus covered in 2016 as much as 135 km2 in area.

The long-term trends in flow dynamics are overlain by short-term acceleration events caused by heavy downslope wind (foehn) triggering off-shore ocean currents. The 6-day repeat observation interval of the Sentinel-1 mission enables the generation of dense time series of flow velocities, the basis for detecting transient acceleration events. The ice flow responds rapidly to these events, in particular on the floating sections of the glacier terminus seawards of the grounding line which separates grounded and floating ice as shown in the Figure. For glaciers discharging into the open ocean off-coast movement of ice debris by as much as 20 km is observed within 6-day periods.

These observations demonstrate the complexity of ice/ocean interactions which play an important role in the response of glaciers and ice sheets to climate change.

ENVEO observes the impending break off of the Brunt Ice Shelf, Antarctica

ENVEO is investigating together with scientists of the Northumbria University in UK the impending break off of the Brunt Ice Shelf in Antartica. 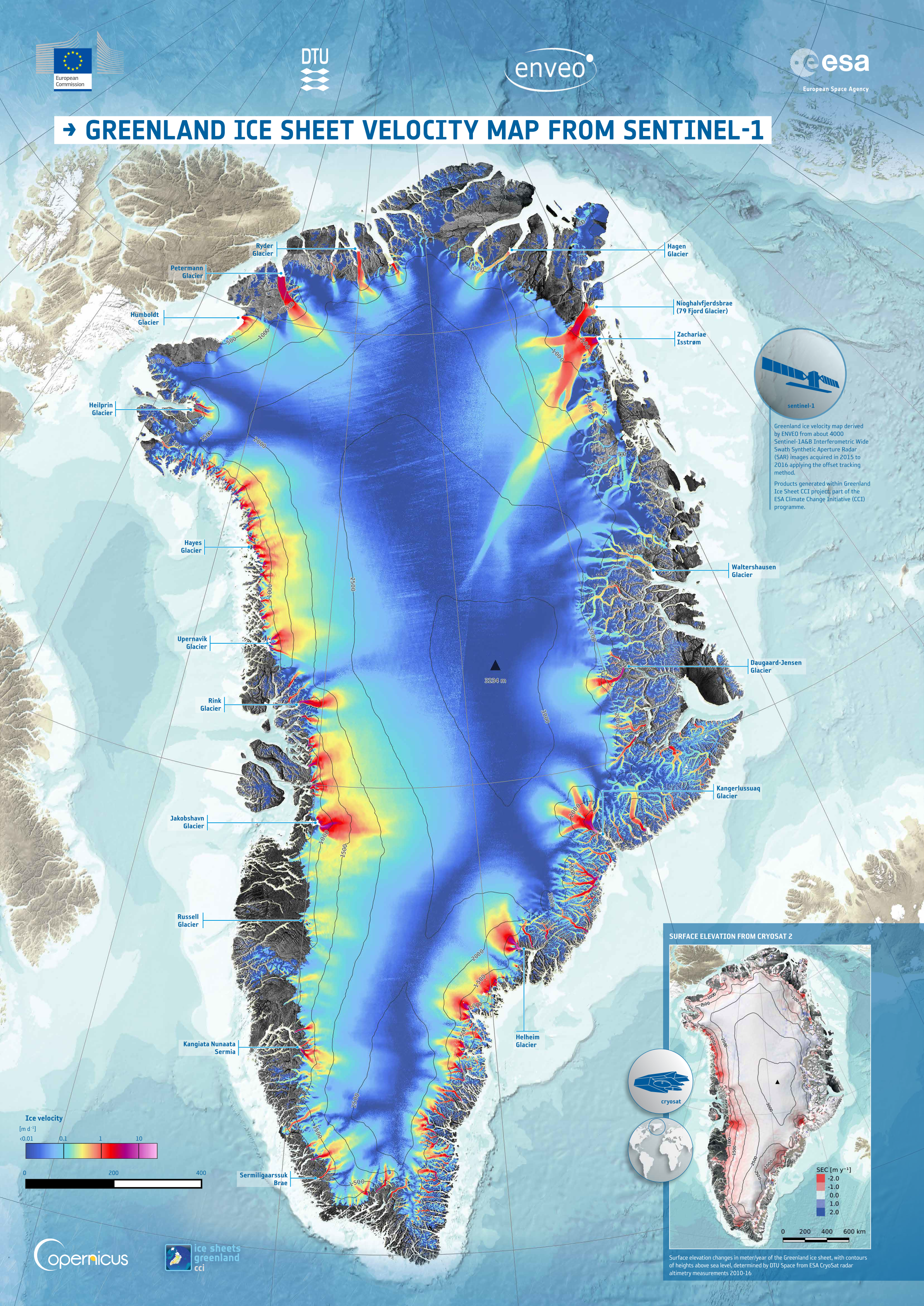 Iceberg A68 broke away from Antarctica Larsen-C

On 12th July 2017, the Iceberg A68 broke away from the Larsen-C Ice Shelf on the Antarctic Peninsula. Based on Sentinel-1 data, ENVEO illustrates the full dimension of the ice crack at the time of the collapse. 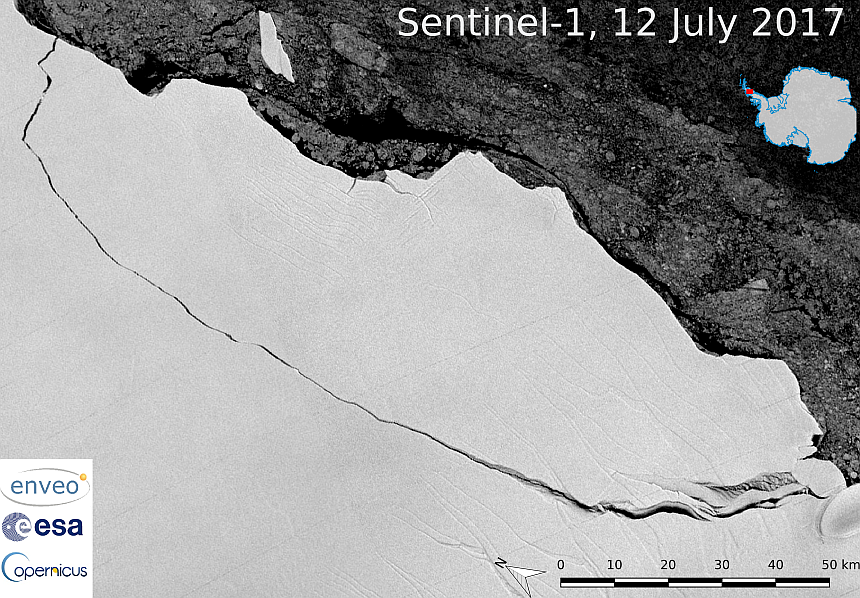